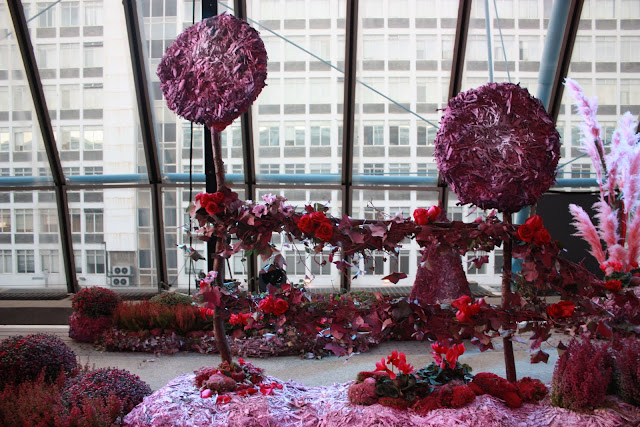 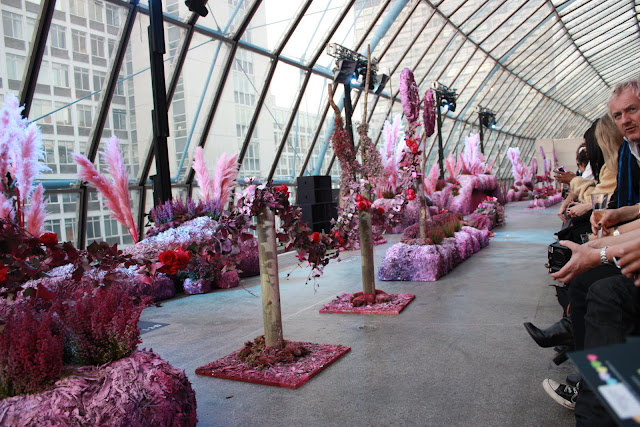 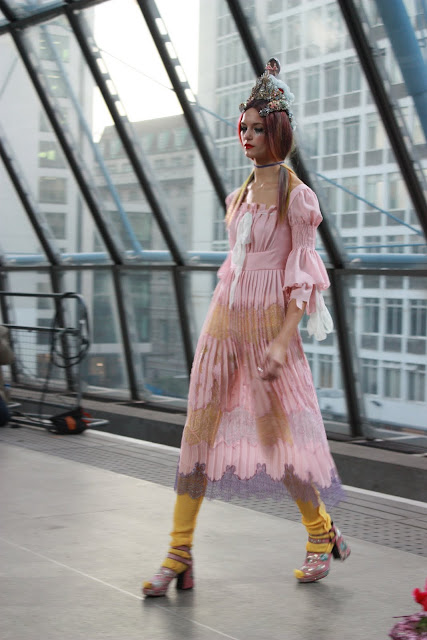 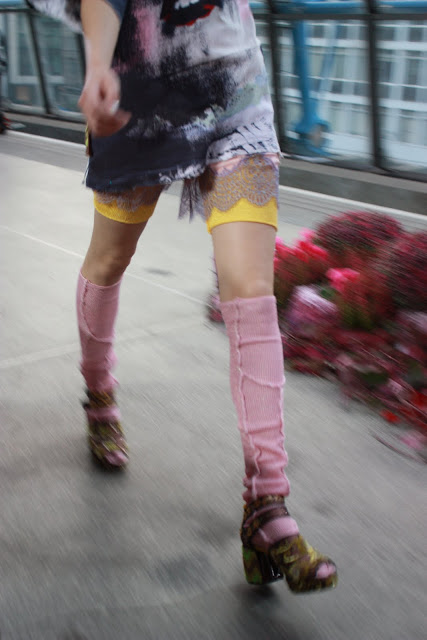 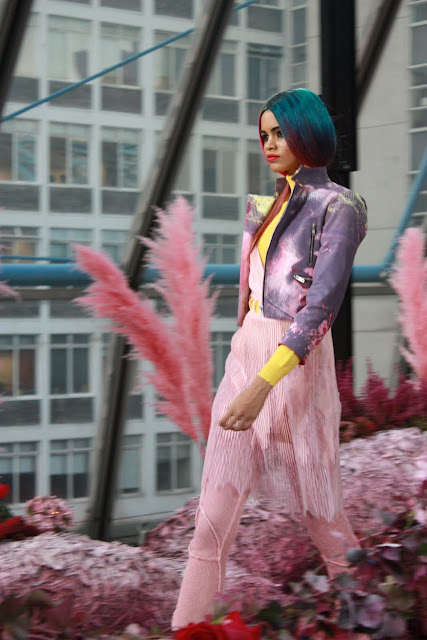 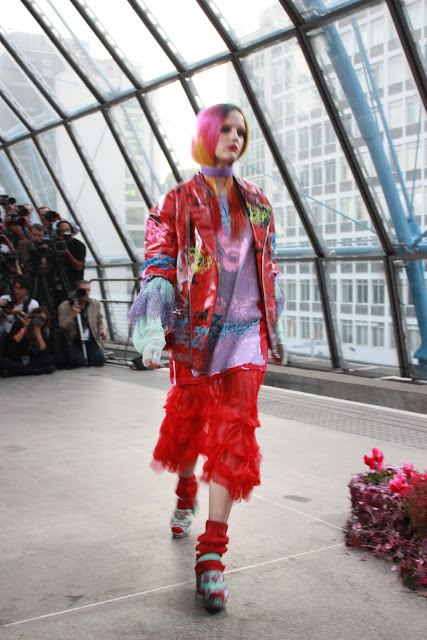 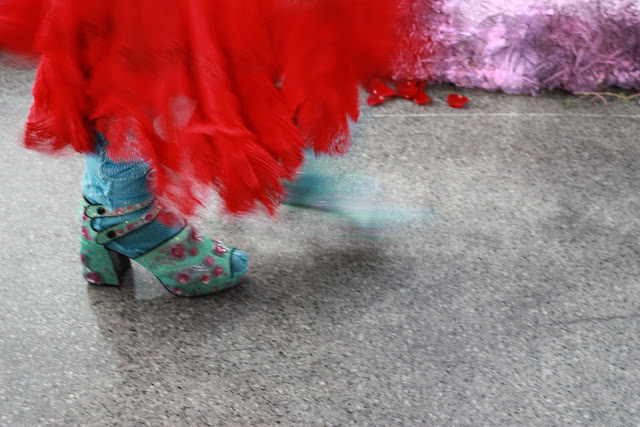 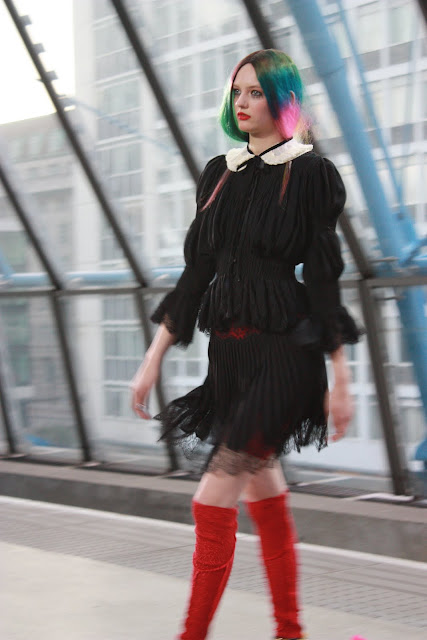 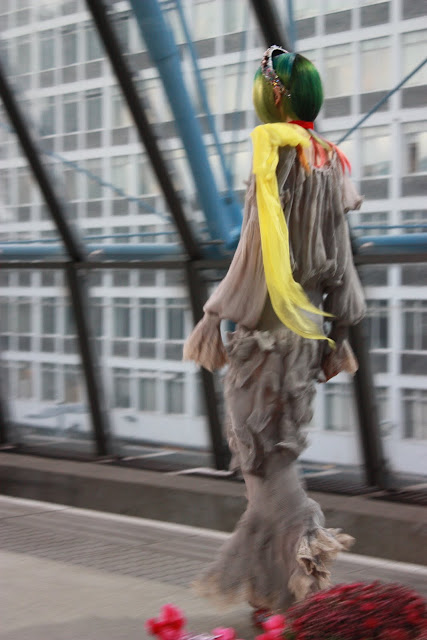 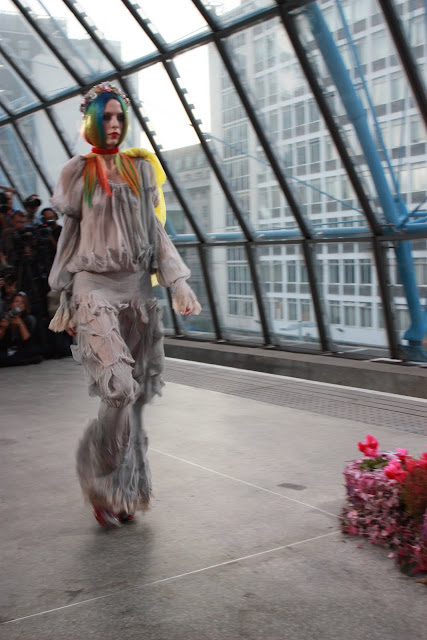 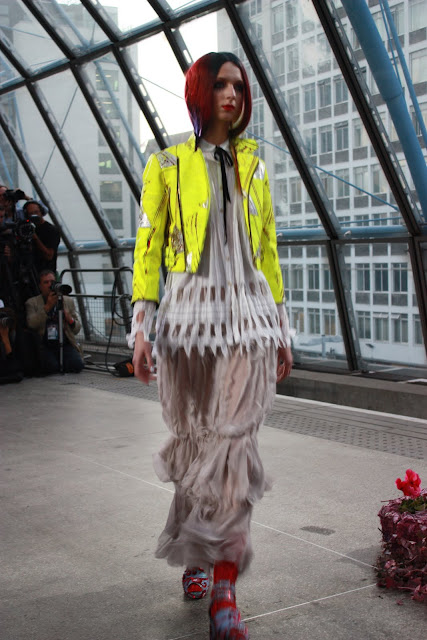 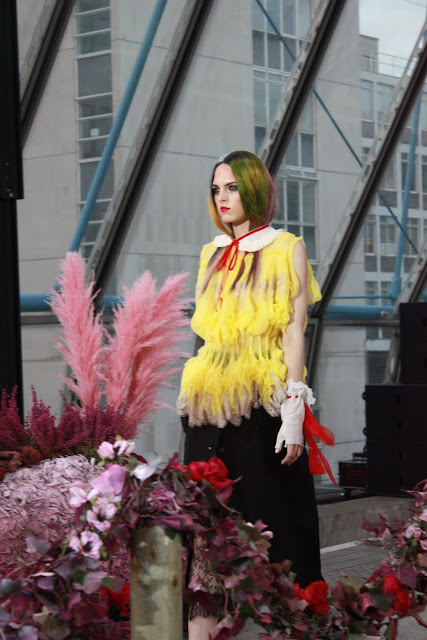 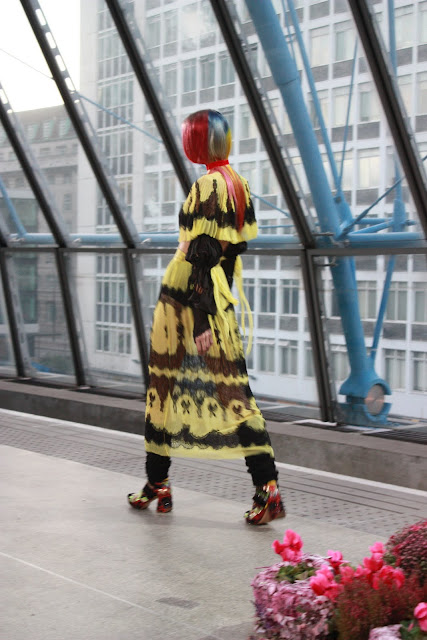 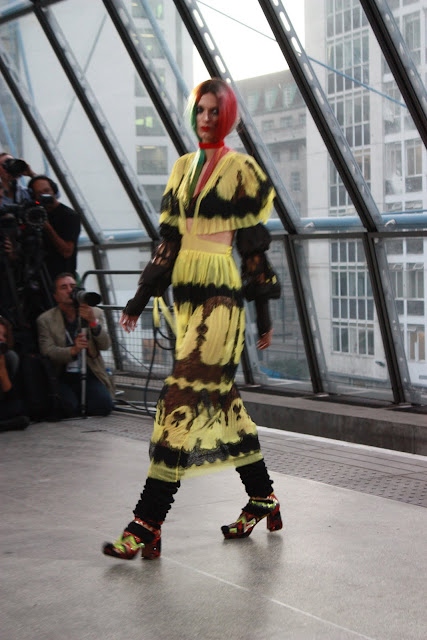 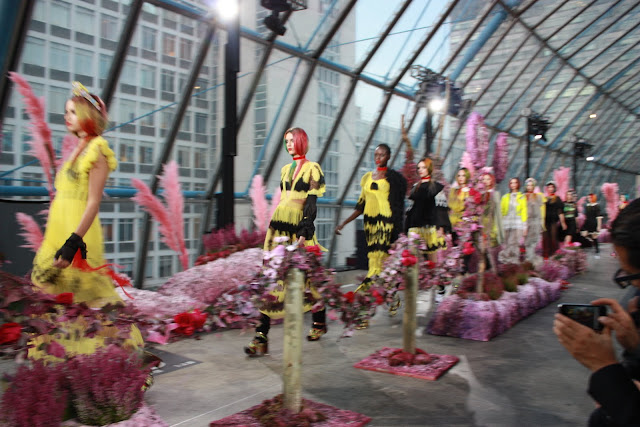 Meadham Kirchhoff SS 2011 London
This was the first show I attended in the Topshop showspace/Old Waterloo Eurostar terminal. It was a real adventure; going up the old still escalators and through the abandoned corridors until we arrived at the terminal. Pink champaign and tiny steaks on sticks greeted us before we took our seats.
The set itself was a wonder, a glimpse into the world of Meadham Kirchhoff. It was quite surreal having real flowers against giant glittered lollipops, feathery plumes in the background and the catwalk itself being the real terminal floor, that sort of gross plastic, rubbery tiling. Wonderfully weird to the tune of the Sugarplum Fairy.
The show started with an old interview tape of Courtney Love, as girls started walking out in bright yellows, lavenders and sickly pinks.
Garments were burnt and cut away, cuts were tight around the waist and baggy around the arms, loose skirts and baggy socks with insane glittered platforms by Nicholas Kirkwood.
Although the looks were sickly sweet, you could easily have worn every piece individually. The look was very 90’s grunge, Courtney Love Riot Girrrl style. Teaming friffy ruffle dresses with dyed hair and leather jackets.
I was obsessed with the Riot Grrrl movement in college; I used to buy second hand clothes, cut them up, sew on lace, add slogans, with Courtney Love and Bikini Kill on the stereo. Meadham Kirchhoff have really hit the nail on the head, right down the fan-zine credit sheets with stickers stuck on by the designers themselves.
The style is attacking femininity with femininity, a fist in the air against ‘normality’, and a question mark beside beauty.