on November 17, 2008September 1, 2015 by Charlie
I have just booked my tickets to Antwerp for the Martin Margiela retrospective at the end of January next year. I am so excited, it’s going to be so inspiring. 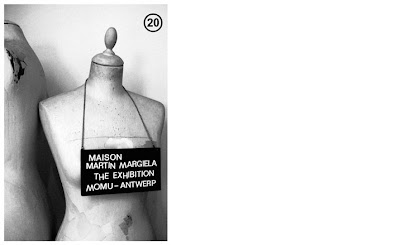 Maison Martin Margiela, the eponymous Paris-based fashion house known for its rough avant-garde couture, understated branding and mysterious leading man (the Belgian designer almost never makes public appearances and you’d be hard pressed to find a photograph) is the fascinating and inspired subject of a new exhibition at the MoMu Fashion Museum in Antwerp. 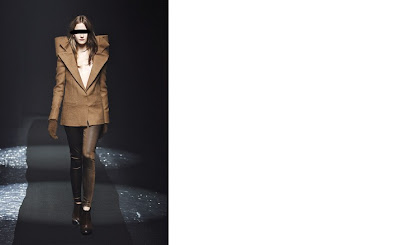 Maison Martin Margiela, which celebrates its 20th anniversary in October, is at once an illustrious part of the global fashion consciousness and a quirky anomaly proudly distinct from it. It is a brand driven by product and sheer invention rather than hype, fad, or celebrity. Four exposed white stitches attaching a clean label to the inside of each garment, a trademark aesthetic, is the only outward brand insignia, a subtle nod to those in the know. 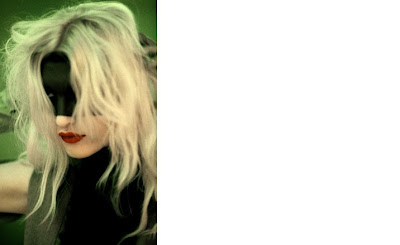 The new exhibition is less a traditional retrospective than a visual examination of the themes that have underpinned the brand since its inception, from its deconstructivist, subversive design aesthetic to the esoteric numeric labelling, the unusual store fit-outs, the clinical, lab coat-clad sales clerks, and of course the clothes themselves. Even in the absence of a photograph, one gains a solid picture of the designer: a man who, among other things, clearly prefers to let his work do the talking. 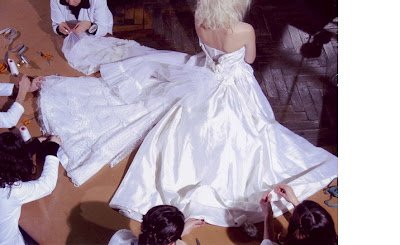 In 1988, after graduating from the fashion department of the Antwerp Academy and working as an assistant for Jean-Paul Gaultier, Martin Margiela and Jenny Meirens established Maison Martin Margiela. Their first pioneering fashion show followed in October of that same year. Margiela’s was a radically new visual language, with a silhouette – long, with strikingly narrow shoulders – that diametrically opposed the power dressing of the 1980s. He furthermore declines public appearances. Early in his career, Margiela emphatically decided to let his fashion speak for itself. All interviews are consistently given in the name of the Maison as a whole and no photographs of the designer are distributed – a sharp reaction against the star status that dominated the fashion scene of the 1980s and 1990s. 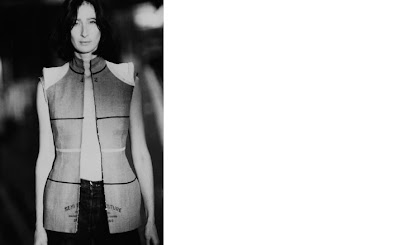 Maison Martin Margiela is especially known for its deconstructivist approach and its use of second-hand materials or materials with low commercial value. Its entire oeuvre is characterized by an exceptional combination of classic tailoring and conceptual thinking. Margiela shows the inside of a clothing item, exposes its construction and focuses on that which fashion anxiously tries to conceal. Unravelling the grammar of clothing, Maison Martin Margiela reveals the strategies of the fashion system as he constructs something radically new. The working method produces an analysis of the system that underlies fashion and is followed through in the many varied aspects of the fashion house. 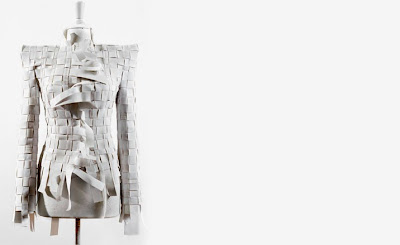