Vivienne Westwood is set to release an album next week, a compilation of all her favourite catwalk beats that she has relied on over the years. The album will be called ‘Catwalk Breakdown’ and lands in Selfridges on September 15th, during london fashion week. The oxford street store’s ‘Wonerrroom’ will be dedicated to Westwood to mark the occasion. Archive peives will be exhibited alongside current designs and one off peices, there will even be special listening stations where customers can listen to the album whilst watching the runway shows.

“My clothes always tell a story. It may refer to the past, but it’s always projected into this heroic future. And I choose the music accordingly,” says the designer. “Sometimes the music can just be sexy, it can let you relax, look at the clothes, put people into a fantastic mood. Then it might just have to swing back and lift you up to the final triumph of the fashion show. These are some of the pieces that I’ve relied on over all these years – my classics. They’ve never failed me.” 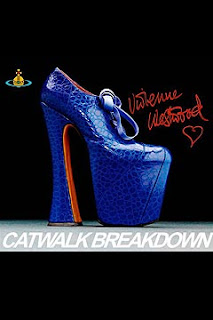 Vivienne always manages to suprise me, I do love our quirky dame! If I can get my hands on one I’ll probably buy it, out of curiosity and it looks like a bit of fun.

Richie Rich of Heatherette is also going to be releasing an album on the 21st October, although I can’t say it looks as good. The album is called “Celebutante – Music you can wear”, it features a mix of new tracks and classic New York tunes including a rare madonna track. Artists range from the very well known, Lilly Allen, Scissor Sisters, Kelis, Mya to new bands like Purple Foam (featuring Liam McMullan, son of famous photographer Patrick McMullan). Defend Music asked Richie to helm this year’s project – Karl Lagerfeld oversaw the previous year’s compilation project. 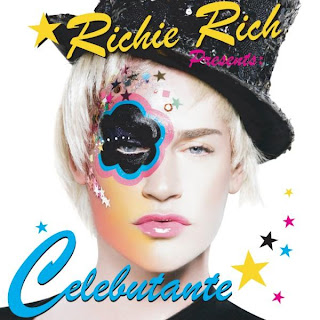