BEHIND THE SCENES AT ASYLUM 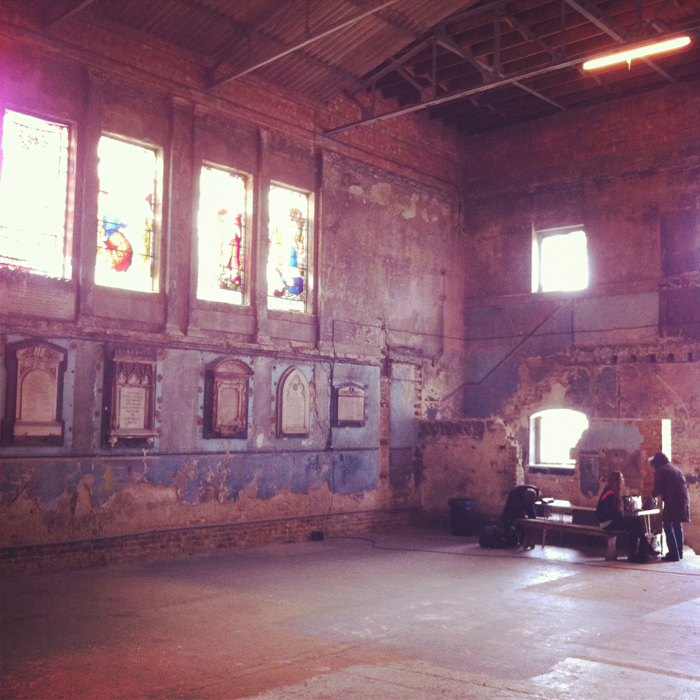 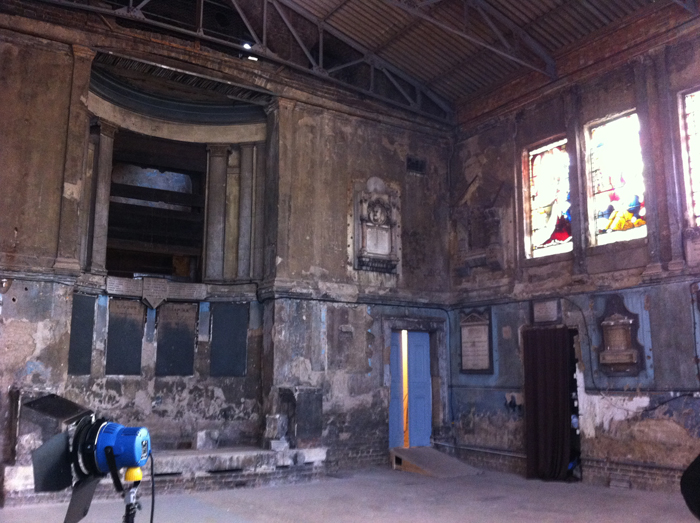 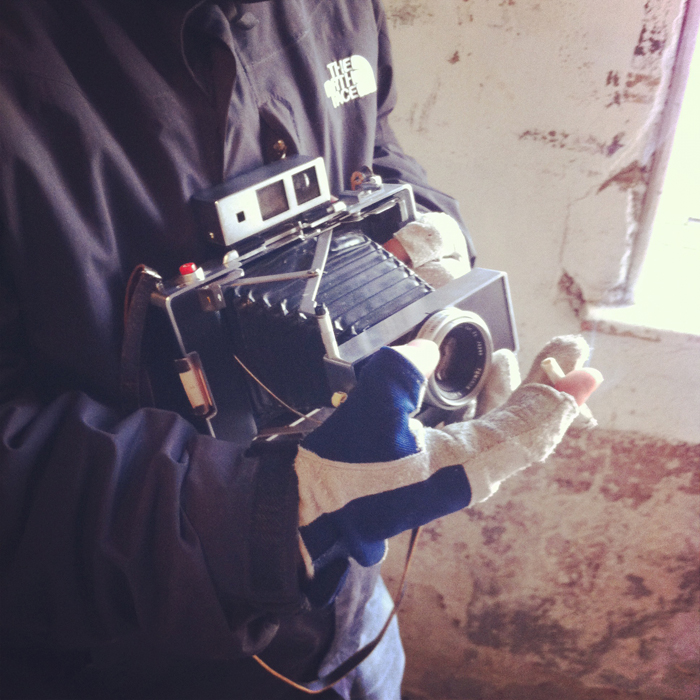 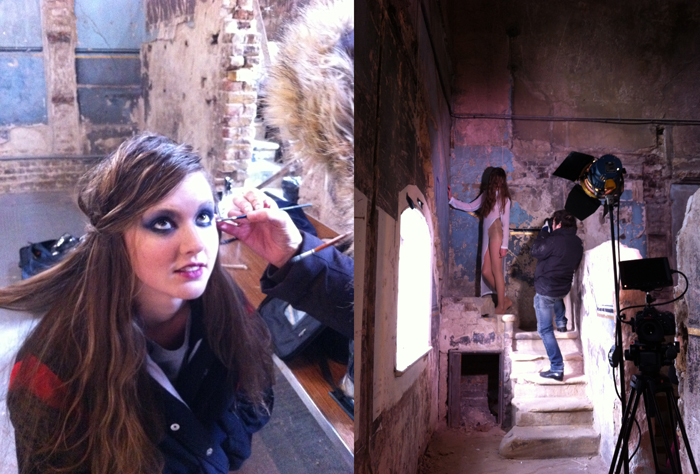 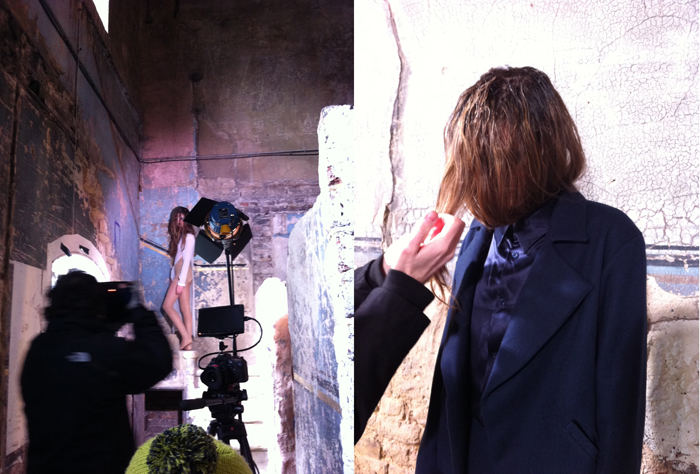 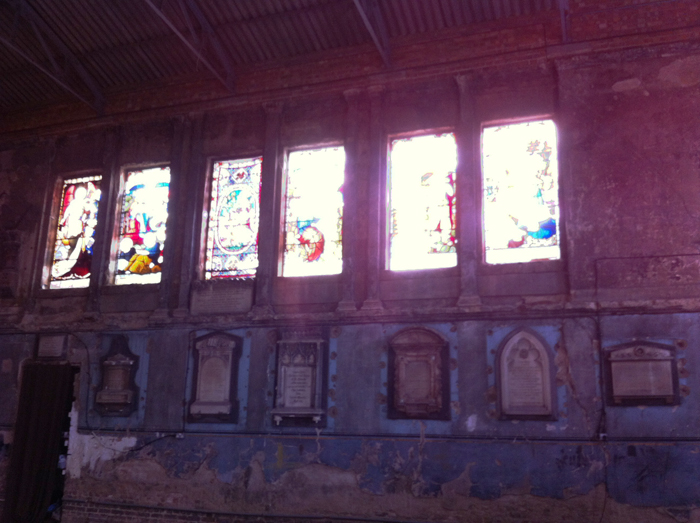 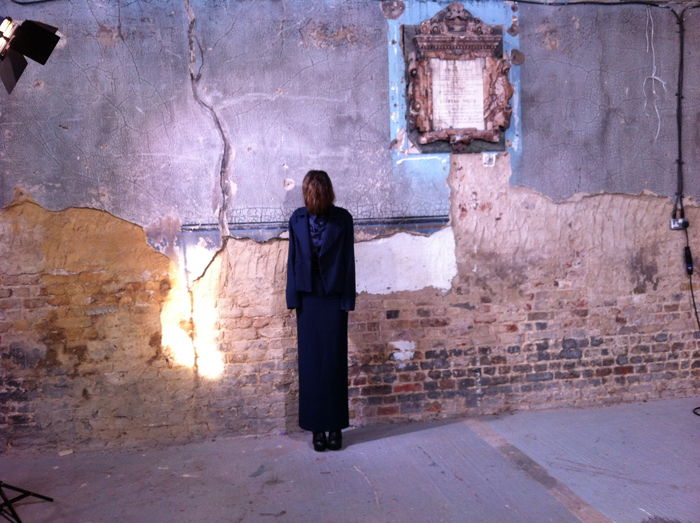 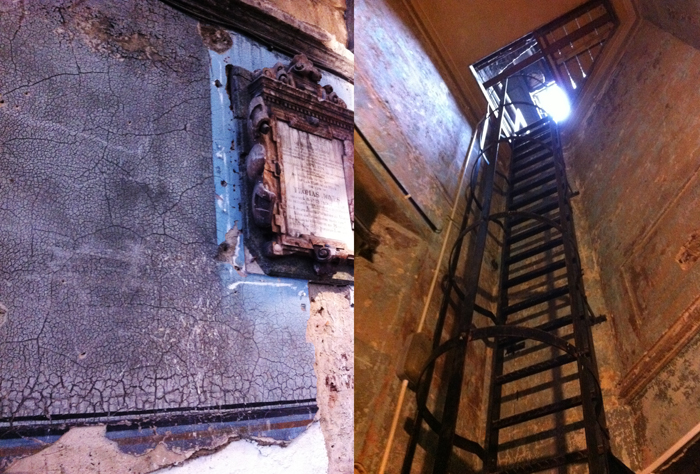 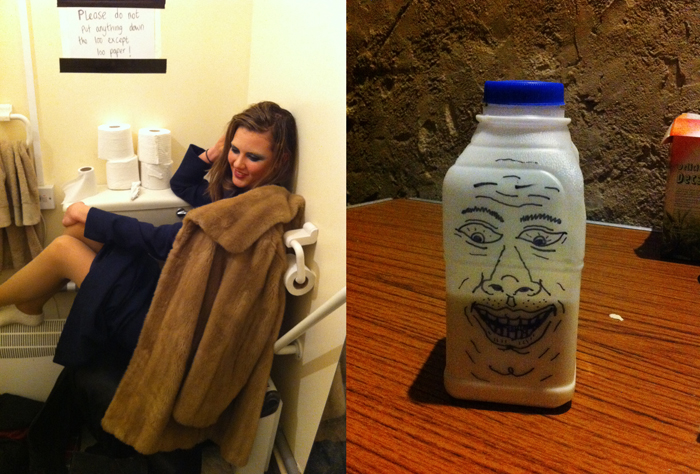 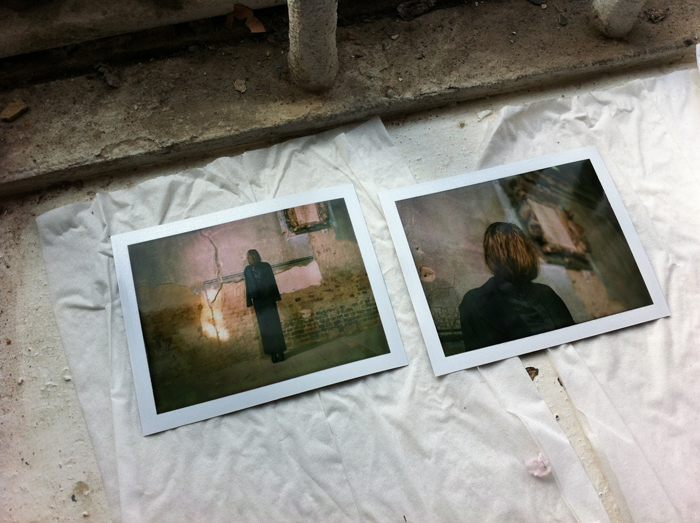 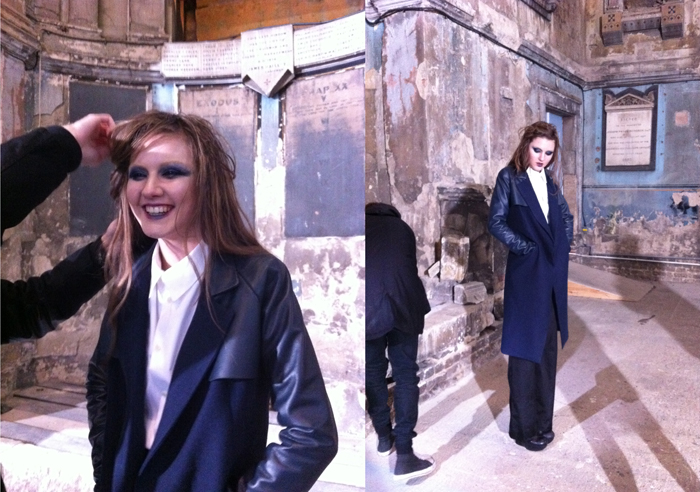 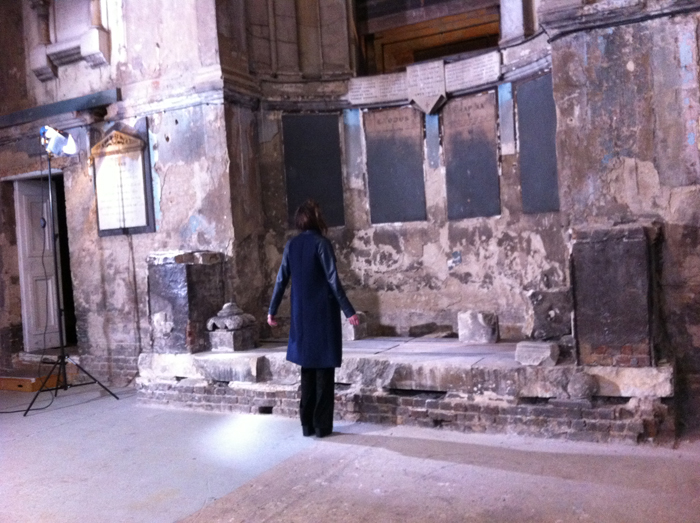 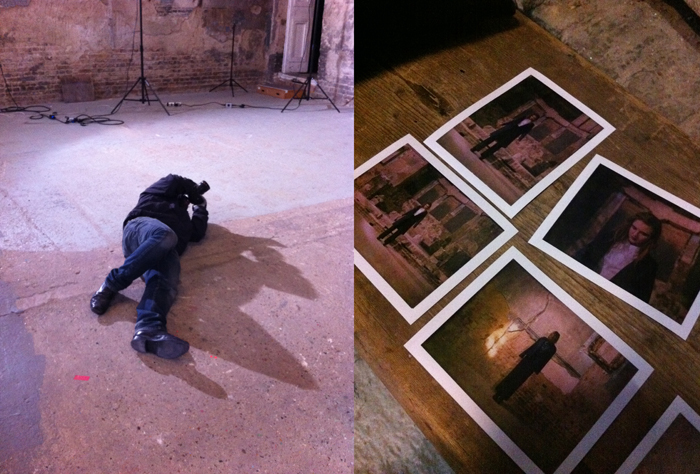 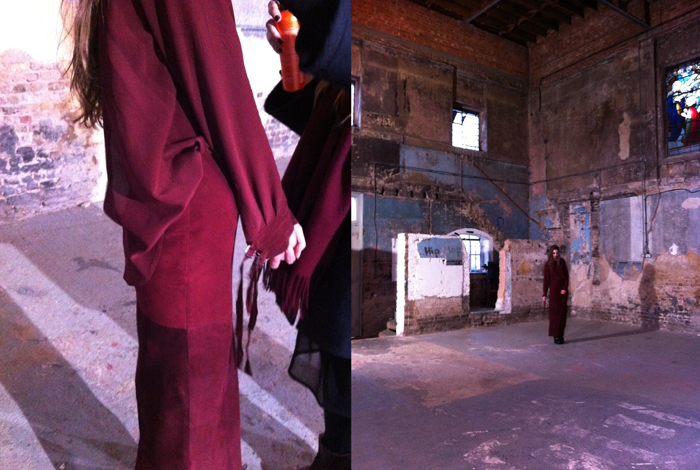 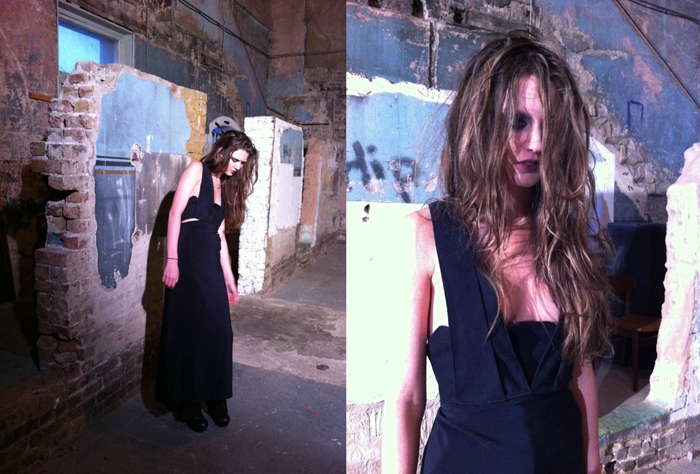 Lots of behind the scenes phone pics from the day we shot my AW12 film at Asylum in East London. The building we were shooting in was an old chapel, unchanged since it was bombed in WW2. I was so excited not just because of the location but because it was really the first time I was seeing the collection on somebody, seeing how the pieces worked as outfits and seeing them come alive.

Huge massive kudos to Layla Young for not complaining once even when being told to walk around barefoot in just tights and a sheer dress, when it was snowing outside! It was so cold that day, so we made a refuge shelter in the bathroom with portable heaters and fur coats, it got quite toasty! It was also a pleasure to work with Mark from Polymath films again, as he also produced the SS12 film and makes any shoot fun and exciting.

If you haven’t seen the AW12 film yet, then here goes.