Sportwear Fans! Anyone for tennis? 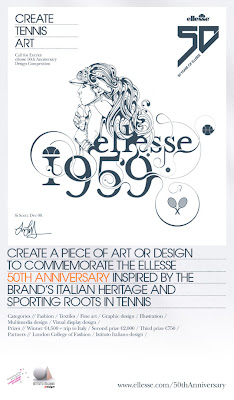 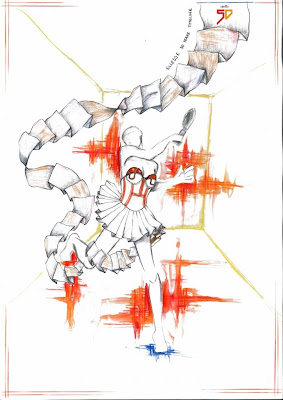 “The winner of the first prize is Eva Lai who is studying BA (Hons) Fashion Contour. Her design is a re-working of one of the brand’s most iconic products, the tennis dress. The contour of the bodice echoes the curves of a tennis ball while the white lines of the tennis court sculpt the body. Layers of pleats reveal the rich heritage of the brand from 1959 to the present day whilst capturing the energy of the sport and movement of tennis players. “ 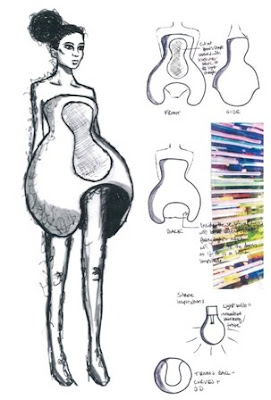 “Second prize winner was Diana Auria Harris who also studies on BA (Hons) Fashion Contour. Diana’s design, a structural dress with an exaggerated silhouette was inspired by the ellesse logo. Third prize was won by Alex Green whose design was influenced by futurism and the work of Hussein Chalayan.”

I know this isn’t usually the sort of thing I blog about, but after being contacted about the competition I thought it’s actually quite a good opportunity, you win €4,500 and a trip to Rome!
Ellesse have already commissioned London College of Fashion students from BA (Hons) Fashion Contour and BA (Hons) Active Sportswear students to design a garment that reflects the brand’s heritage in tennis, but they want as many clever interpretations of the brief as possible. So the competition has been left open.
So, all you sportswear fans, get designing! 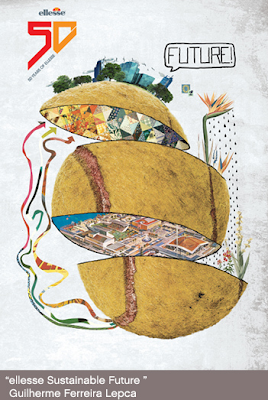 These is my favourite piece of art that’s been submitted, but i don’t think it won…

“Create a piece of art or design to commemorate the ellesse 50th Anniversary inspired by the brand’s Italian heritage and sporting roots in tennis.

ellesse turns 50 this year and celebrates with the design competition Create Tennis Art. What do you have to do? Create a piece of art or design inspired by the ellesse heritage in tennis; the tennis dress, the bold advertising, the half ball logo. Whatever excites you the most! Categories include fashion and textiles, fine art, sculpture, street art, graphic design and digital. So anything goes.

You could win €4,500 and a trip to the ellesse 50th anniversary event this summer in Rome where your work will be on show.”

Check out more on the competition here and here